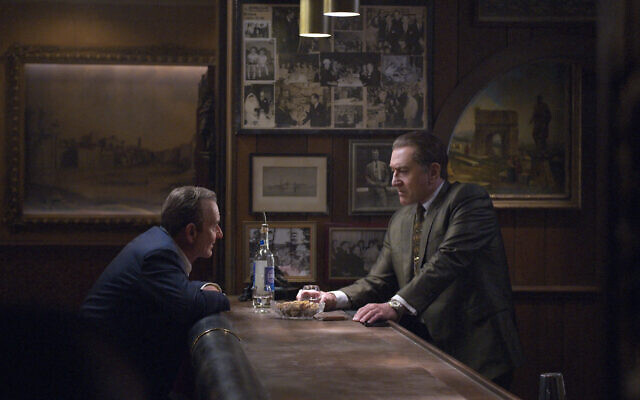 The title of this blog is not a reference to Leopold Bloom in James Joyce’s Ulysses but to Martin Scorsese’s The Irishman released at the end of last year.

As I have written about elsewhere, like Scorsese’s oeuvre in general, The Irishman is liberally sprinkled with references to Jews.

Given that this new film is a fictionalized true crime story about the disappearance of union leader Jimmy Hoffa, it contains real-life Jews connected to the unions and the mob.

The first mention is to the notorious gangster Meyer Lansky. We then have two brief mentions to the Jewish role in moneylending as in the use of the term “Shylock” as verb in an alllusion to Shakespeare’s character in The Merchant of Venice. Later, a character refers to the “vig,” short for vigorish — which can be defined as “an excessive rate of interest on a loan, typically one from an illegal moneylender.”

The first sustained reference is to the Cadillac Linen Serive. Whispers DiTullio, played by Paul Herman, asks Frank Sheeran (Robert De Niro) to burn it down because it is hurting his profits. He instructs Sheeran that the business “is run by a bunch of Jews” and to “put these Jew fucking washerwomen out of business.” 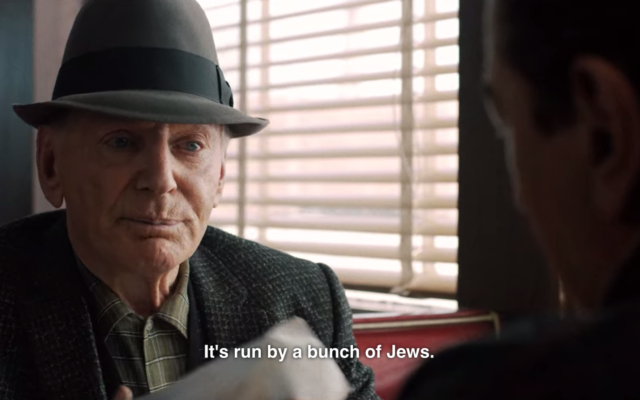 Showing no remorse, and drawing upon steretoypes of “Jewish lightening” — a term referring to arson to deliberately collect the insurance –, Whispers says, “Let them collect their insurance, which I’m sure they have plenty, and leave this fucking other place alone, the one I’m involved in.”

The laundry is indeed owned by Jewish mobsters in partnership with another Italian mobster, Angelo Bruno, who, ironically is played by Jewish actor Harvey Keitel. Keitel, though, is far better known for playing Italians (think Mr. Wolf in Pulp Fiction) than Jews, possibly one of the reasons why Stanley Kubrick ended up dropping him from his final film, Eyes Wide Shut (1999), in favor of the more obviously Jewish actor Sydney Pollack.

As recounted here, in I Heard You Paint Houses, the source text for the film, Frank Sheeran explains how the Cadillac Linen Services was owned by two Jewish gangsters called  Cappy Hoffman and Woody Weisman.

Another real-life Jewish character is Allen Dorfman played by Jake Hoffman, son of Dustin Hoffman. Dorfman was the owner of an  insurance agency and a consultant to the Teamsters’ Pension Fund.

There is also James “Jake” Gottlieb, who received a loan from Teamsters’ pension fund to buy the Dunes casino in Las Vegas in 1956. He is heard gratefully saying to Hoffa, “You’re a mensch.”

While Jewishness is only superficially scattered throughout The Irishman, we can add this to the list of Scorsese films.